The whole situation of the Troubles was new to me going into this project. I knew vaguely of the IRA but I had very little idea that this was such a large crisis in Irish and British history. I learned more about the politics of the time as there were several other issues happening simultaneously and many of them overlapped in some way. Conflicts in Beirut and the Falklands were touched upon in the book that we read and connected back to the Ireland and Britain, the U.S. had occasional involvement in the Troubles, and we got to understand some of the reasons why PM Margaret Thatcher was disliked during that era.

As a comparison from that era to now, I noticed that while the violence is not necessarily still here, many petty and sectarian disputes are still heavily prevalent. There is a lot of hate in politics and society that turns neighbors against each other and causes paranoia or distrust.

The artifact that was my personal favorite was the Smithsonian Hits the Road. We were able to express our creativity by creating symbolic pieces of the Troubles in subtle ways. It started slow but once we got into it, it flew by so fast.

During this project I learned a lot about the politics of the time. With our books and other research, we got to see that several other issues were also occurring simultaneously, it made us realize that the world doesn’t always stop for one conflict, and everyone else has their own issues as well.

If I had to change one thing about this project it would be to add more peer discussion with other groups. That way we could also learn more about other times and places in addition to ours. We could do small group circles or whole class discussions where we just talk about what we have learned. There is no need to have anything prepared, it would be more of a relaxed discussion.

​The book that we read was A Stone’s Throw: A Novel of the Troubles. The book follows two boys living in relatively opposite worlds. They grow up with the Troubles in the background and several times it affects them. The book eventually gets to the 80's when the two are much older and have taken far different life paths. They find their place in the conflict but are eventually conflicted and tired of all of the inhumane violence. The story does a great job of highlighting life during that time and it also shows the world around them as well. The book talks about even worse conflict in Beirut during the time and the fight for the Falklands.

Choose Your Own Adventure

As a part of the project we made a choose your own adventure story based on the era that we were in. Since our era was the 70's in Northern Ireland, we had paths that included the IRA and the Troubles. It was very fun to be able to express some creativity while also showcasing life during that era.
The Troubles CYOA 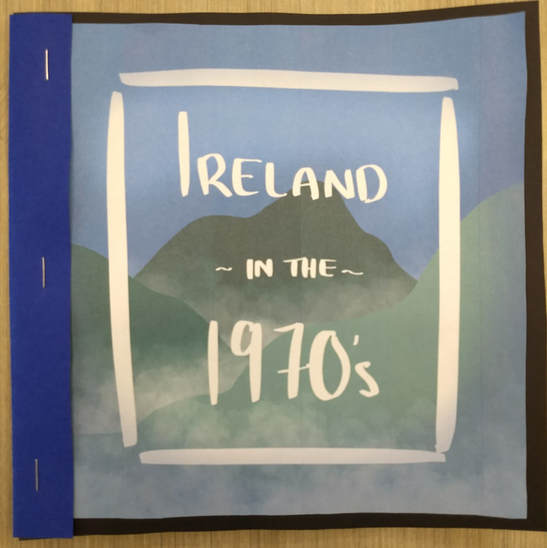 One of our artifacts is a children's book. We chose a children's book because it was a great way to simplify what was going on in that time. It would be useful not only to children but also to us as we could interpret this in a simplified way. 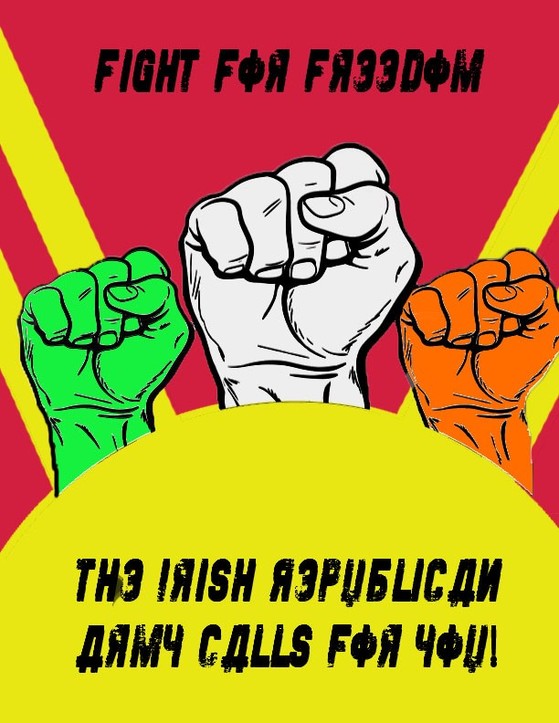 We chose to do a wildcard option by making a propaganda poster. We thought that since there was such an expectation to join the fight and the IRA was one of the more well known paramilitaries of the time, it would be perfect to make a IRA inspired poster.

Ireland News Report
Similar to the children's story, we chose the evening news to educate and sum up the era. We tried to make references to different aspects of the era so that the audience could get a somewhat full narrative of the time. 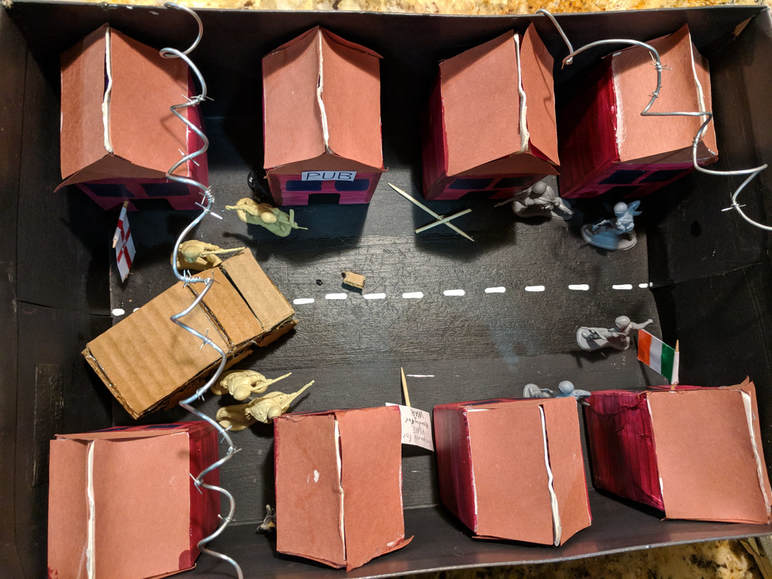 It was very enjoyable to create the diorama of this time frame. We were able to get very creative with making different symbols that defined certain aspects of the era. 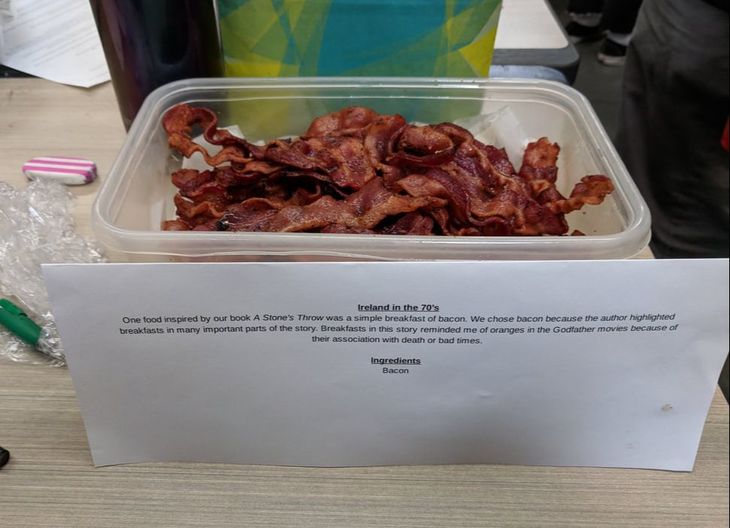 We had a potluck where we all brought food that represented our books or decades. I brought bacon because in our book, breakfasts are very highlighted and they were often very simple breakfasts as they didn't have much money.